I encountered this issue in my home lab recently whereby vCSA 6.5 U1c was failing the file-based backup through the VAMI with the message “BackupManager encountered an exception. Please check logs for details.” A very generic error message to be sure, and not at all helpful. I checked the log responsible at /var/log/vmware/applmgmt/backup.log and saw the following message.

Very odd, especially the last line about the asci codec error. I went and looked at the Python script to see why it might fail at this step. I checked line 132 to see what it was doing.

After some more looking through the script, it looks fine. It’s stripping characters off paths to build the file list. Nothing unusual. I just do a cursory check around the vCSA filesystem to see what might be going on. Something catches my eye when I do a df -h /.

It might be difficult to see, but the last entry is a UNC path to a SMB share. I then remember that I created a Content Library that is connected via SMB to my Synology. Looking at the Python again, I think it’s not handling two forward slashes well and bombing out because of it. Prior to that, the backup task is pretty simple. 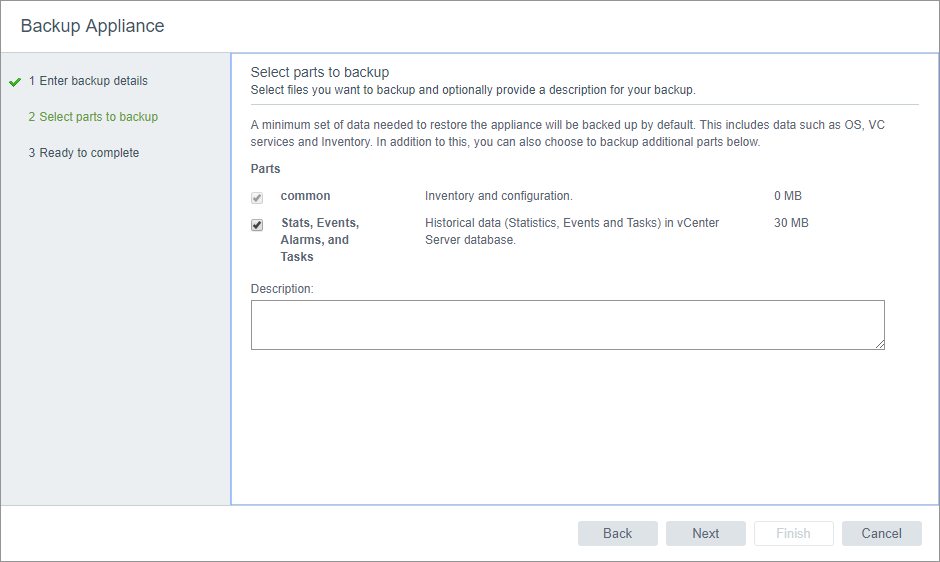 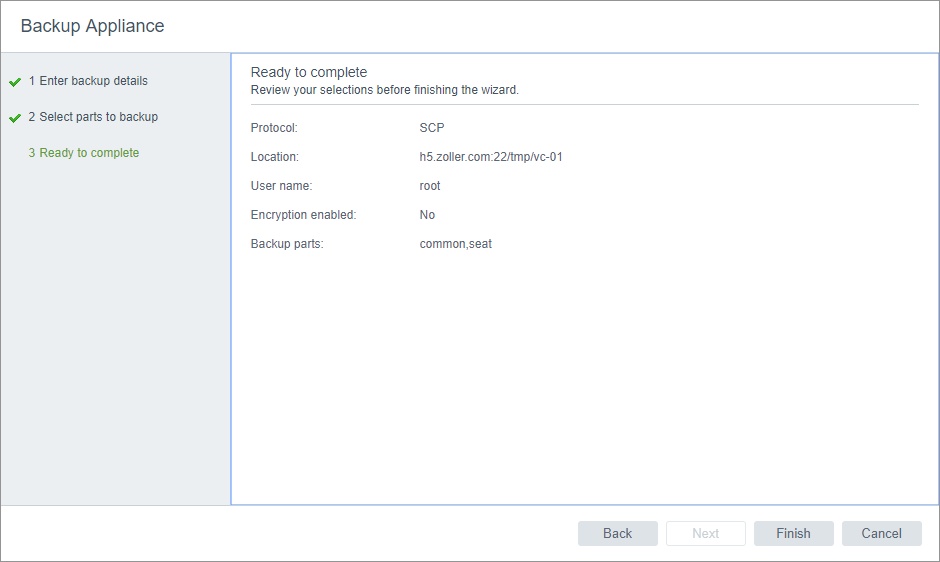 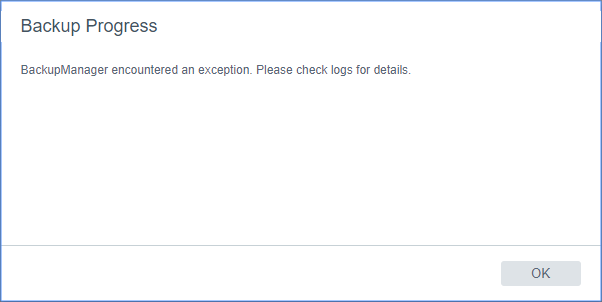 The second screenshot in the backup wizard was initially alarming as the “common” part was showing 0 MB in size, which clearly isn’t right. When running the backup, it fails in very short order and produces no files in the destination path.

I delete the Content Library, make sure it’s unmounted from the filesystem, then attempt the backup again. Complete success.

TL;DR: vCSA file-based backup has a bug which fails if you have a content library mounted over SMB. Remove or unmount the Content Library in order to have the backup succeed.